Cameroon’s poultry farmers and sellers are calling on authorities at home and in Europe to loosen trade restrictions put in place over the coronavirus pandemic and avian influenza, which have more than doubled the price of chicken.

Scores of chicken sellers in Cameroon’s capital held a one-hour sit-in Monday at the Mvog-Ada chicken market to protest the continued restrictions, which have pushed all but about 25 sellers — out of 300 last year — out of business.

One of those remaining chicken sellers is 33-year-old single mother Patricia Lamou, who says providing food and education for her four children is proving difficult.

Lamou says her business started to nosedive in March 2020 when Cameroon reported its first cases of COVID-19. She says her supplier blamed COVID-19-related travel restrictions by Cameroon and Europe for making regular supplies of chicks and hatching eggs impossible.

The poultry shortage was further aggravated in November 2020, when the European Commission reported that multiple European countries had outbreaks of highly pathogenic avian influenza, also known as bird flu. The viral infection can cause disease or death in birds and people. 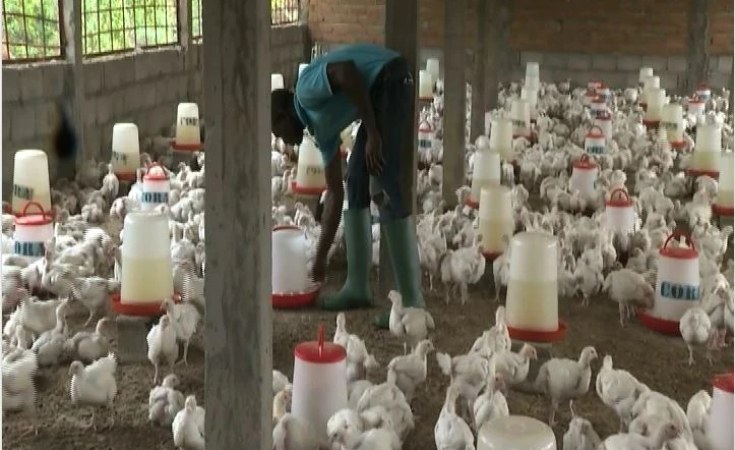 Moki Edwin Kindzeka/VOA man works on a poultry farm in Yaounde, May 6, 2021.

As a precaution, Cameroon banned the import of chicks and hatching eggs from Europe. However, the avian influenza outbreak has since eased.

Cameroon’s chicken sellers are pleading with authorities on both sides to drop the trade restrictions, as they are creating a scarcity of chicken and driving up prices in the region.

Since January 2021, the retail cost of 1.5 kilograms of chicken has jumped from $5 to $12 in Cameroon, and up to $15 in neighboring Equatorial Guinea and Gabon, which import from Cameroon.

The poultry farmers group says the situation has forced more than a third of Central Africa’s 45,000 large- and small-scale chicken farmers and sellers out of business. 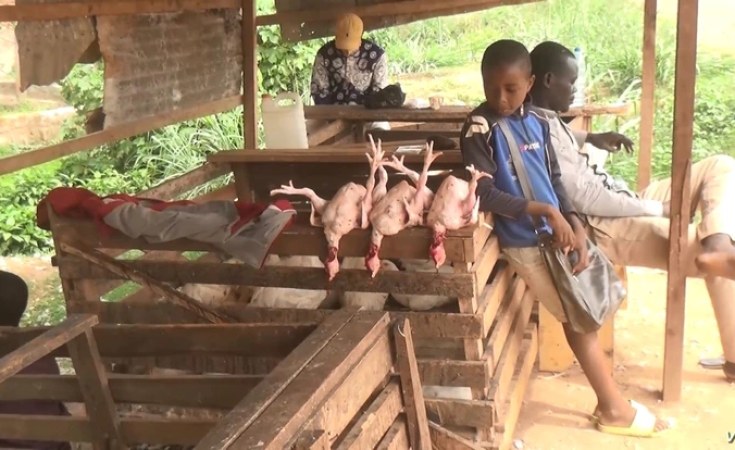 The group says regional production cannot keep up with demand. Central African states provide less than 20 million of the 150 million chickens needed in Cameroon, the Central African Republic, Equatorial Guinea and Gabon, according to the group.

“So, the decision of the ministry is to find another partner from Brazil to supply the local market.”

Abanda says Brazil can provide the quantity of eggs and chicks that Cameroon needs.

Brazil is the world’s largest exporter of poultry and the third-largest producer of chicken meat, after the United States and China.

Read the original article on VOA.